Over the past few decades, several states have moved toward legalizing marijuana, with over two-thirds of states passing legislation for medical use and roughly a third allowing for recreational use. West Virginia falls into the first group. In April 2017, SB 386 was signed into law by Governor Jim Justice. This bill allows patients with certain medical conditions, such as cancer, chronic pain, epilepsy, HIV/AIDS, and PTSD, to register with the Bureau of Health for medical marijuana cards and purchase medical marijuana. Caregivers of patients with approved medical conditions may also register. Approved forms of medical marijuana in West Virginia include pills, oils, flower, extracts for vaping, tinctures, dermal patches, and topical products like gels, creams, and ointments. Once the system for legally purchasing medical marijuana is up and running, patients will be allowed to possess a 30-day supply. Recreational marijuana remains illegal in West Virginia. In the meantime, you may wonder about the status of hemp cannabidiol (CBD), cannabigerol (CBG), and Delta 8 tetrahydrocannabinol, which are legal at the federal level. Are these products legal to purchase and possess in West Virginia?

Is CBD Legal to Purchase in West Virginia?

Although the 2018 Farm Bill legalized the cultivation, production, distribution, transportation, sale, and possession of hemp cannabis (containing 0.3% or less THC) and hemp products at the federal level, you might be surprised to learn that West Virginia has granted industrial hemp rights since the 2002 enactment of SB 447. This bill limited THC content to less than 1%. Since the 2018 Farm Bill passage, West Virginia now follows federal law in allowing for hemp cannabis and hemp products containing 0.3% or less THC. In 2018, the state established the West Virginia Industrial Hemp Development Act to grant citizens licenses to grow hemp cannabis. This act was later amended through HB 2694 in 2019 to label hemp an agricultural commodity and position hemp-derived cannabinoids as legal substances. No license is required for those wishing to handle, sell, or possess hemp products.

Is Delta 8 THC Legal in the Mountaineer State?

When cannabis laws like the 2018 Farm Bill specifically mention THC content, they’re understood to be referencing Delta 9 THC (unless otherwise stated), the cannabinoid responsible for the psychoactive effects of cannabis. However, this is just one of over 400 chemical compounds in cannabis, including over 100 cannabinoids. Delta 8 THC is similar to Delta 9 in terms of chemical makeup and even effects. However, Delta 8 is less potent than Delta 9 and typically occurs in negligible amounts (less than 0.1%) in cannabis plants. When Delta 8 THC is derived from hemp cannabis containing less than 0.3% Delta 9 THC, it is considered federally legal and legal in West Virginia. This legality includes Delta 8 cigarettes, Delta 8 flower, Delta 8 gummies, and Delta 8 Dabs.

Full-spectrum hemp CBD contains all of the chemical compounds found naturally in the plant, including THC (albeit in amounts of 0.3% or less). Broad-spectrum products include everything but Delta 9 THC, and isolates are pure CBD, with no other cannabinoids, terpenes, flavonoids, or other chemical compounds. All three product types are considered legal for sale and possession in West Virginia.

Check out our map of “Where Delta 8 is Legal in the US.“ 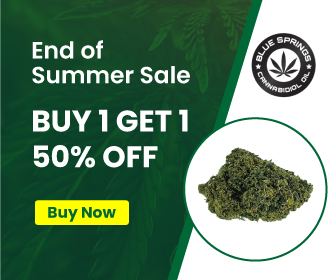